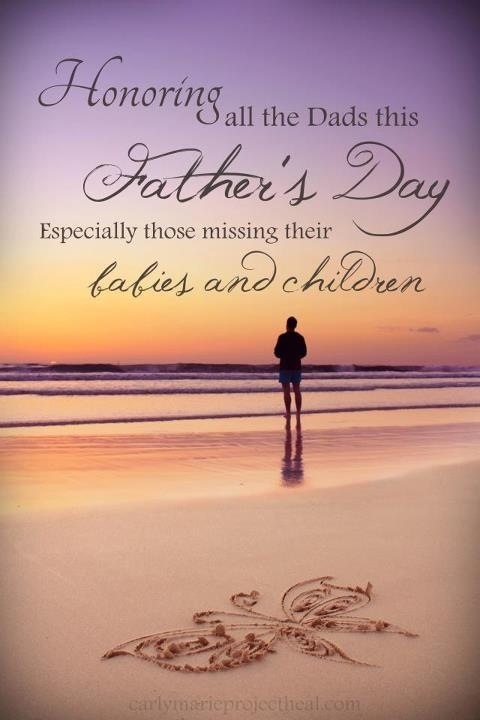 First of all I want to wish all the fathers out there a happy fathers day.

I have always known how lucky I am to have a Dad who has always put our family first; a dad who has always been my hero; a dad who taught me to be proud of myself; a dad who has always put a roof over our heads and food on the table and never let us go without; a dad who gave me a love for music and for lyrics; a dad who always gave me a reason to be the best person I could possibly be. We aren’t good at telling each other how we feel, it’s not how we roll. I know which songs remind him of me and the songs that remind me of him. I know that he’s a pretty amazing dad because I’ve seen what a fantastic grandad he is to Jason and Ellie.

To all those fathers finding Father’s Day difficult for ANY reason… I get it. Wishing you a gentle day.

My husband is one of the best dad’s I could have wished for for my children. His start to fatherhood wasn’t easy but even then he stepped up and did more in a morning for his son than most parents do their entire lives. He gave everything that morning to bring Jason in to this world and I will never forget how amazing he was that morning. Losing Jason was so hard on him, the outside world seems to forget that Father’s grieve too, he was looked upon to go back to work after 2 weeks, to return to normal and forget that his son was born and died all on the same day. That’s tough. He carried on being the best dad to Jason, the love he has is undeniable. When Ellie arrived I finally got to see the Dad I knew he could be and was robbed of being. Day after day he is become Ellie’s number one. He is her favourite parent, he’s the one she asks to play, the one she demands take her to bed every night. The dad she has got wrapped around her little finger. He is the one making sure we both have a future and keeping us both sane. The look she gives him when he comes home from work is the cutest thing I have ever seen and she squeals with excitement when he wakes up in a morning. He’s not perfect (nobody is) but to her he is her world and I’m pretty sure she’s replaced me as his number one.

Sending special thoughts to those who don’t have their own dads to celebrate with today too. ❤️

Unpopular opinion I know but as much as I imagine being a single parent is (and I know I would struggle to do it so I’m not judging or criticising) but I don’t understand why people feel the need to make Father’s Day all about the mums who are doing it alone. We have mothers day and I’m pretty sure I have never seen a single dad moan or celebrate mothers day. Society is too quick to judge and this is specific thing really bugs me. I just don’t get it. 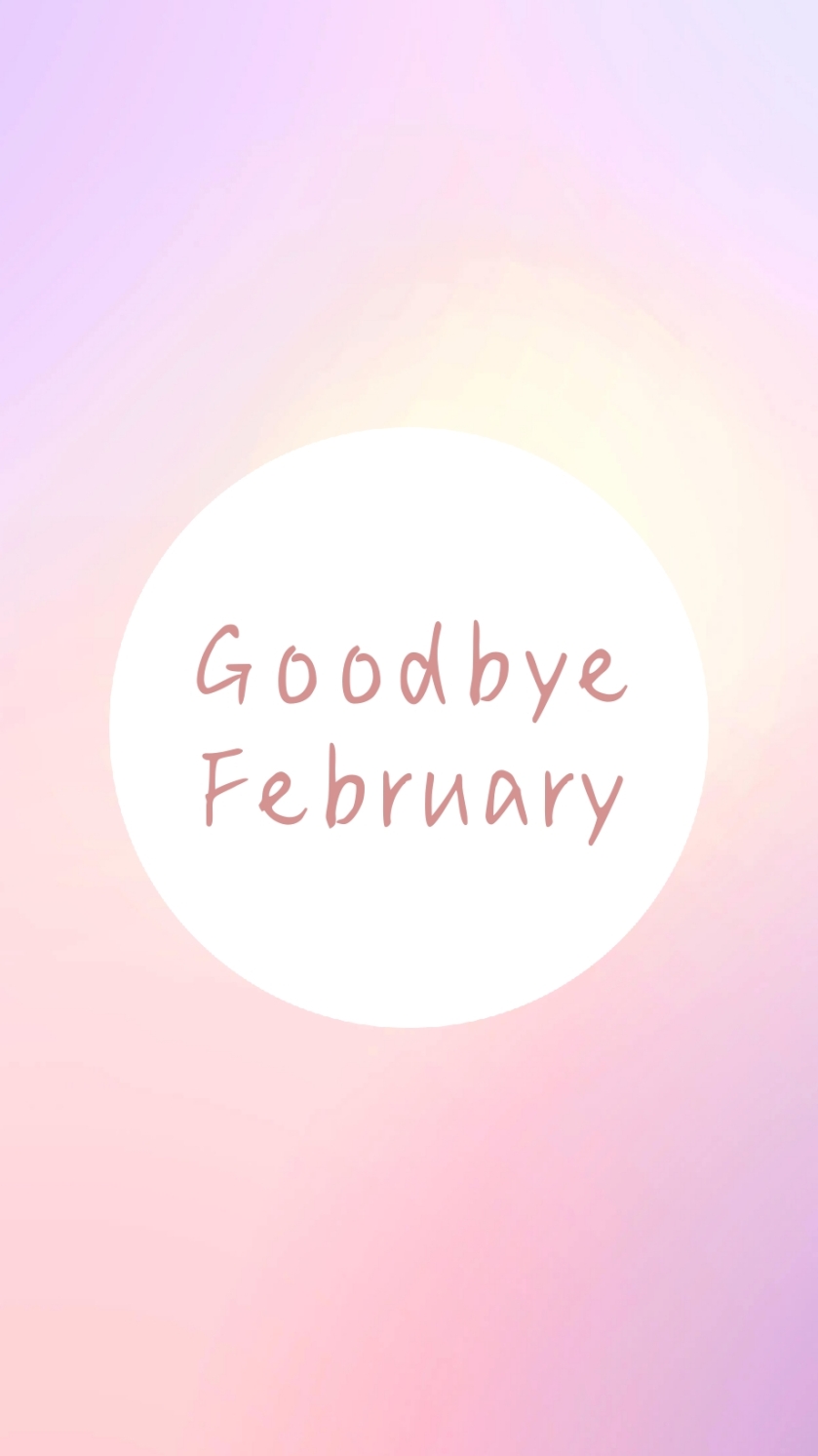 Goodbye February, this month has been a mixed month. I started off feeling very low and depressed and finished the month off feeling grateful and full of love. As a family we have made so many memories and spent a whole week together having lots of fun.

With the end of February comes March, a month I literally dread. We have lukes birthday on the 4th which I love as I’ve always loved being able to spoil him and show him how much I love him. We’ve always celebrated his birthday with a meal out with his family and we are going to a local favourite place of ours (I may post about it after) on Sunday for Sunday lunch which I am looking forward to.

The rest of the month is a countdown. Reliving the days and weeks before Jason’s death, trying to come up with a reason it happened or something we have all missed. Blaming myself because I was naive to think I deserved to have my baby and that babies were safe! I actually hate the person I was because I was ignorant to the fact that this has happened for thousands of years and it still happens today.

4 years ago I was blissfully unaware that in just 29 days my whole world would collapse. I was hoping my unborn baby would arrive early, impatient to meet him1her and moaning about my pregnancy aches and pains. 4 years ago I wasnt at all scared about being pregnant or that something bad would happen.

In 29 days my son SHOULD be 4. I SHOULD be planning his 4th birthday party and inviting all of his friends from nursery. I SHOULD be spending my money on a few more presents because he deserves it and buying the best birthday cake because if he was like his Mummy and Little Sister he’d have loved cake. I SHOULD be deciding on the theme of his party and writing lists of the food I would need to buy.

Those things were stolen from me. Taken. Gone.

All the things I dreamed of doing as a parent, as a first time mummy, were taken from me the day we were told Jason only lived 37 minutes.

His whole life was spent looking at doctors, nurses, paramedics trying to save him. He never got to be with his parents, the people who love him. I never got to hold him alive.

With March comes a whole lot of memories of that day, one’s I try to suppress partly because it hurts so God damn much and partly because after 4 years you are expected to just get on with it. Jason’s birthday I will have to get up, go to work, pretend that 4 years ago I didn’t have to say goodbye to my son and I’d never see him again. Pretend that everything is okay even when it isn’t.

March is the month that gave me my son and I will Always be grateful for the short time I had with him but it is also the month that took my son away and I can’t wait for it to be over.

Sunday 19th June 2016 is Fathers Day in the UK. A day i’ve always celebrated as my own dad isn’t one for emotions like me so I like to make an extra effort to spend time with him on Fathers Day.

Since losing Jason, Fathers Day has been boycotted for my husband, it hurts him too much to remember he isn’t able to celebrate like he should. He can’t look at cards/gifts for his own dad due to the overwhelming sadness that he feels when he does. On Mother’s Day women are celebrated whether they have living children or not, my own Great Aunt who has never been able to have children is celebrated on Mother’s Day as she has been like a Mum to so many people. Men don’t have that luxury, it is assumed that they don’t think, they aren’t sensitive creatures who feel and love just like us women do. My own husband is an extremely sensitive man and isn’t afraid to show his emotions to me and he hates Fathers Day. He won’t let me buy him a card, he doesn’t want to celebrate a day that should be different. And I get that. I understand that it is hard, having to put myself through Mother’s Day shows how much I understand, however this is where we are different, I AM a mother, I have a baby, he may not be here but he made me a mum and I would have liked to have been remembered with a card or even just a “Happy Mothers Day” to show people remember Jason. I badly want to show my husband he is still a Dad regardless of whether Jason is here or not, at the end of the day he did more than most fathers by helping deliver Jason and bringing him in to the world. That made him a father, the day we found out we were expecting him made him a father.

People forget about the men who are grieving too, they show how strong they are on the outside to outsiders so that people don’t think they are weak. They are expected to “look after” the bereaved mum who is going through so much. But who actually stops and thinks about how the dad is feeling? No one. It’s harsh but it is true. I have never once thought what I am going through is different to my husband because Jason grow inside me. That has nothing to do with it. The fact is he lost his son too, he just doesn’t talk about or feel comfortable talking about it like I do so people stopped asking how he was. A year later he gets asked “How’s Amy doing?” “Is Amy okay?” “Is Amy coping as best as she can?” They don’t ask about him, they don’t think.

This father’s day try and think about those men who are suffering and not celebrating, there are more than you think and closer than you think. Men don’t talk like Women do, they don’t share their feelings to the outside world so outsiders don’t know. Since I started on the path of the bereaved parent I realised just how many men I KNOW who have known the same loss and have never spoken about it and I admire all of these men.

This Father’s Day be gentle, support your partners, friends anyone you know who is unable to celebrate this day because their children cannot be with them.

Don’t forget, A Dad Hurts Too.